This marks Christmas number four for our two kids. You would think that after a couple of them under your belt, things would hit a comfortable stride. But, holy moly, this year felt like a whirlwind of elf tricks, wrapping paper and holiday visits with family members.

Now that things have wound down a bit, I can finally take a moment to jot down out the things that excited me and some hard-won advice to myself as the 2020 season rolls around in a year.

First, inviting an elf (who may or may not sit on a shelf) into the house is an absolutely amazing opportunity to solidify the Christmas spirit into the minds of the kids. Yes, I lost a lot of sleep over the month of December making sure that Button Twinklesocks seemed as alive and playful as possible. But, I know that the kids bounced out of bed every morning to go “elf hunting.” And their faces lit up as they translated the antics of the elf to their grandparents and friends alike.

A lot of the ideas for our elf were fairly last minute and involved some “discovered materials” from around the house. But, as a general reminder, it’s important to have around an ample supply of the following supplies:

Second, Santa bought way too many toys for the kids. Classic example: there were three separate boxed collections of dinosaurs under the tree for our youngest son. And yes, there are probably some key differences between the orange-green stegosaurus and the green-brown one. But, really, he’s not that discerning as of yet.

Art projects for both kids were big-time hits. Dollar store sticker sets and crayons (especially those that were brought early in the season by the elf) along with some markers, paints and Play-Doh colors could have easily replaced some of the more expensive items on Santa’s list.

Third: A general reminder that they grow up fast and that that most valuable gift to give will always be time. It’s not enough to buy the toys and get them wrapped. Even if exhaustion is imminent, don’t rush through the moments where your youngest one crawls up into your lap to read his Pete the Cat book again for the fifth time in an hour. Set aside your phone to give the Ken doll a backstory and a memorable voice for a while. (Our oldest is particularly fond of me bringing the “Ken-as-Keanu-Reeves-in-Point-Break” voice to the party.)

And, as always, say thank you and I love you frequently to your wife. The holidays are a team sport, and with the emphasis on amping up the experience for the kids, it’s unfortunately too easy to forget to do the simple things to keep your marriage strong.

Crystal Cove, waiting out the rain 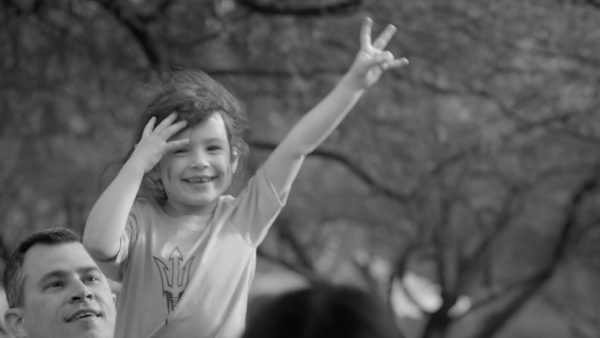 Here’s to the innovators